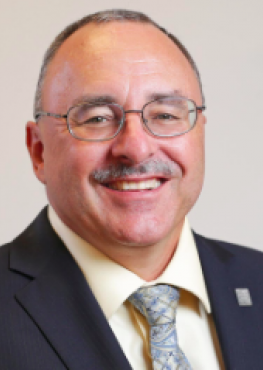 Dr. Charbonneau received his B. Sc. And M.Sc. in Physics from the University of Ottawa and his Ph.D. degree in Photonics – Semiconductor Physics from Simon Fraser University, British Columbia in 1988. He joined the Institute for Microstructural Sciences of the National Research Council (NRC) in October 1988. From 1998 to January 2000, he took on the responsibility of Director of Components Technologies for the Institute of Microstructural Sciences at NRC, with managing responsibility of 160 FTE within the Institute. In late 2000, Dr. Charbonneau, along with three other colleagues, founded a company, Optenia Inc. a NRC spin-off in the communications technology sector. In 2002, Dr. Charbonneau returned to the NRC and, in May 2011, he was named Executive Director responsible for the strategic development of the Printable Electronic Flagship Program. In April 2013, Dr. Charbonneau took the position of Associate Vice-President, Research at the University of Ottawa. In 2017, he was named Vice-President, Research at the University of Ottawa.