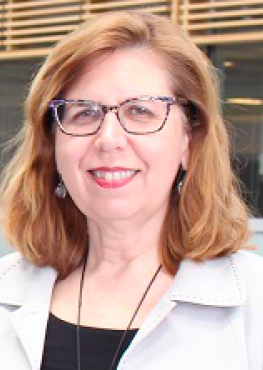 Debra Lynkowski received her law degree from the University of Alberta in 1986. Following this, she began a career in the non-profit sector and has worked at all levels – local, provincial/territorial and national. Ms. Lynkowski served as President and CEO of the Canadian Lung Association from 2013-2017, leading a process of revitalization and renewal, including the continued refinement and implementation of the organization’s National Respiratory Research Strategy. Prior to this, she held several leadership positions including the CEO of the Canadian Public Health Association and National Director of Public Policy and Government Relations for the Canadian Diabetes Association. In 2004, Debra joined the Canadian Stroke Network, in partnership with the Heart and Stroke Foundation, to help lead the Canadian Stroke Strategy, bringing together stakeholders and partners to develop and implement a coordinated and integrated approach to stroke prevention, treatment, rehabilitation and community reintegration in every province and territory in Canada.