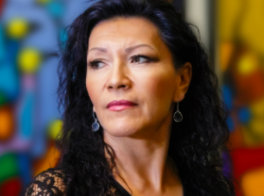 June 5, 2018 – Women are disproportionately affected by stroke throughout their lives: More women die of stroke than men, more women are living with the effects of stroke, they have worse outcomes and they face more challenges as they recover. Yet, they are confronted with challenges across the health system and often are not adequately supported according to the Heart & Stroke 2018 Stroke Report.

“We have seen amazing improvement in stroke awareness, care, treatment and research over the past 20 years,” says Yves Savoie, CEO, Heart & Stroke. “But unfortunately women are not benefitting equally from this progress. There are opportunities throughout women’s lives, depending on their risk,age, and circumstances, where they can be better informed, receive more timely care and treatmentand be strongly supported to recover to the fullest.”

According to the 2018 Stroke Report women face a greater stroke burden and lack support: